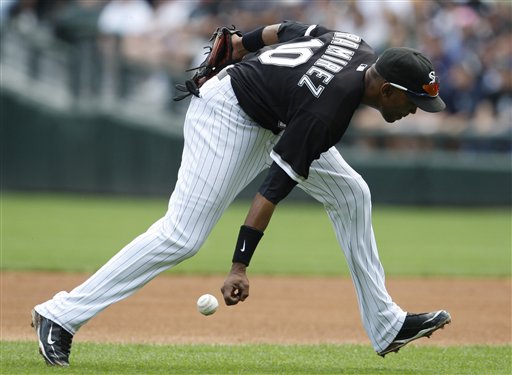 Wuz good world dis ya boi White Sox Real Talk checking in with a blog wrapping up the 1st series of the 2nd half & also to preview the next series against the Rays. So coming into this game the Sox were looking to sweep the 0’s after taking the first two games of the series. The Orioles got on the board early with a Sox mistake off Jose Contrera’s wild pitch, this became the general theme of the game but I’ll get into that later. Sox tied the game up in the 3rd inning as Dewayne Wise boosted his horrible .198 batting average up to the .200’s with his first home run of the season.

Then things got messy as the game moved to the 5th inning as Jose Contreras gave up the tie on a bases loaded wild pitch, but that was just the tip of the iceberg as Ozzie went to the bullpen and brought out Aaron Poreda who was yet to give up a run in his appearances. That streak quickly came to an end as he gave up 2 runs on back to back walks to make it a 4-1 Orioles lead. 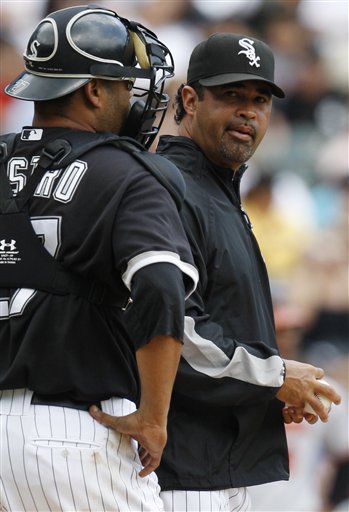 So Ozzie went to the pen AGAIN to bring in D.J. Carrasco, things didn’t get any better as he walked in a run then gave up a RBI single to Gregg Zaun to make it a 5-1 lead. Then another run came in on a double play fielder’s choice to make it a 5 run inning and a 6-1 O’s lead. The Sox tried to get something going in the 7th as Chris Getz hit his 2nd Homer of the season to make it a 6-2 game but the Sox couldnt muster anything else it was 1,2,3 after that. Then Greg Zaun officially close the door with a 3 run homer that gave them the 10-2 win.

The only good news of the day was that the Detroit Tigers also lost as the Yankees completed the sweep, The Tigers get tommorow off before heading home to play the Seattle Mariners who are in a tight battle for the AL West crown while my Sox get ready for a 4-game set with Tampa Bay.
BATTLE WITH THE RAYS:

Now the Sox have already faced the Rays this season as they took 2 out of 3 & really should’ve swept them back in April. That was then…this is now, The Rays are now in a heated battle for the AL Wildcard and are gonna need these games just as bad as we do.
PITCHING MATCHUPS:
GAME 1
Gavin Floyd(7-6 4.44 ERA)
VS.
David Price(3-3 4.70 ERA)

Now on paper it looks like a pretty even pitching matchup but I will give us the slight edge because of the struggles that Scott Kazmir & David Price have had and all of our starters in this series with the exception of Clayton have been pretty solid. Now all eyes will be on Mr.Clayton Richard on Tuesday as it potentially could be his last start of the season if he fails and Bartolo Colon continues to pitch well in the minors & is called up as expected this week.
EVEN MORE HEAT ON THE 5TH STARTER SPOT????

Just when you thought that Colon was the only option in the 5th starter role now there is word coming up that World Series hero Freddy Garcia will be pitching a bullpen session for Don Cooper tommorow and could be an option if he does well. Now I’m not expecting Freddy to be lights out like he used to be but my question is does Freddy have enough in him to give us 5 to 6 innings of work the next half just enough to get us over the hump???? that is a question that i would love to find out, aw yea before i close up is that there is a new rumor that Kenny might be trying to trade for Felix Pie…don’t know about that one lol but until next time yall…PEACE!!!!!!!!!!! 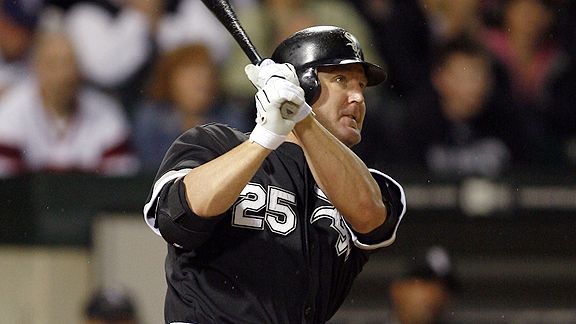 Wuz good world dis ya boi White Sox Real Talk checkin in with the first blog of the second half of the season. The Sox began their 7 game homestand against the Baltimore Orioles and started it off in a very positive way in the 1st inning as Paulie Konerko hit his 17th HR of the season to give the Sox an early 1-0 lead. The Orioles then struck back when their All-Star Center Fielder Adam Jones hit a 2 run bomb off Johnny Danks to give them a 2-1 lead.

John Danks looked a lil shaky in his first outing of the 2nd half giving up 8 hits and 3 runs in only 5 IP but it was enough to get him his 8th win of the season. So goin to the 6th inning the game was tied at 3 until Jim Thome struck for the first time with a 3 run shot to right field to give the Sox a 6-3 lead. The Orioles would not die tho as they put up 2 more runs the next inning to cut it down back to only a 1 run lead at 6-5. That’s when Thome struck AGAIN when he hit his 2nd homer of the night which just happened to be a Grand Slam that gave the team a 10-5 lead & Thome a career high 7 RBI’s. 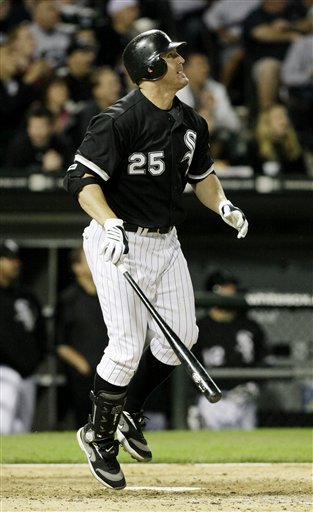 Even though Matt Thornton & Scott Linebrink gave up 3 more runs in the 8th, Tony Pena came in the 9th to close the door on the O’s to get a 12-8 win. Other great news that happened yesterday was that Detroit lost in the Bronx to the Yankees to shrink their AL Central lead to just 2.5 game lead. I was personally shocked to find out that this was the first time Big Jim had 7 RBI’s in one game. He joins Alber t Pujols, Derek Lee, Choo from the Indians & also Paulie as the only players with 2 HR’s & 7 RBI’s in one game this season.
OTHER NOTES:
-Scotty Pods got on base 5 TIMES yesterday night
-Paulie hit his 17th Homer early which is good because he particulary doesn’t always put together 2 half together but is looking good early.
-Carlos Quentin should be 6-7 days away from returning to lineup.
Today The Sox will have our All-Star Mark Buerhle on the mound looking to have a outing similar to his All-Star appearance & not like the outing he had on Sunday against the Twins. Until next time yall PEACE!!!!!!!!!!!!!